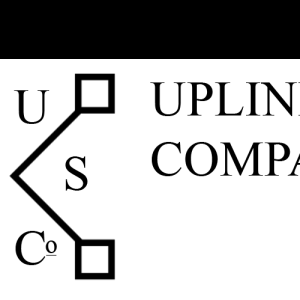 Uplink Storage Co. is an investment group looking to consolidate the self storage industry throughout Texas and beyond. We will build a portfolio of 30-50 self storage assets within the next 3-5 years, then exit. We are achieving this rapid growth by acquiring mom and pop self storage facilities that meet our specific investment criteria.
Uplink Storage has a group of very experienced persons specializing in finance, accounting, Self- Storage, real estate and mergers and acquisitions. In their own respected fields, the board of Uplink Storage Co. have completed over 1.3 billion in business transactions.

Our basic premise is fairly simple: To grow at a rapidly increasing rate from now until our exit.
We are achieving this growth by vigorously acquiring self-storage facilities over 22,000sqft. In 2021 we will acquire a minimum of 6 such facilities with a minimum asset value of $1,000,000.
In the beginning, we are concentrating our efforts on existing free cash flowing facilities in secondary and tertiary markets throughout Texas. These facilities must be in an unsaturated submarket market, ideally mom & pop owned, cashflow positive and which we are looking to pay cap rates of ± 7%. These facilities will be managed by third party management services, who will ultimately be chosen based on the state of the submarket during the due diligence period. We are consolidating the industry and plan to acquire between 30-50 Facilities between 2021-2026 and beyond. The self-storage industry is gaining in popularity and over the years has been established as a major sector in the commercial real estate space. The marketplace is constantly rising in competition; however, the industry still remains extremely fragmented which means there is no better time than right now to aggressively acquire self-storage facilities with the intent of building a strong portfolio of 30-50 facilities and then exiting via private industry sale or public offering.

The Self-Storage space is rapidly growing each year at 3.7% annually growth rate with the Canadian market value at $921 million as of Q1 of 2019. In addition, the United States market is valued at 37.3 billion as of 2018 and is projected to be at 49.2 billion in 2024. There is ever increasing demand for self-storage in Canada and north America and this driving force for this newly found need is simply represented by six D’s that are heavily impacting society. Downsizing, Death, Divorce, Displacement, Disaster, and Destiny.
As the space continues to evolve, average industry margins have seen considerable growth stabilizing at 41%.
• The self-storage industry continues to benefit from long-term demographic factors, including the aging of the millennial generation. The 80 million strong population cohort represents a little less than a third of all non-commercial self-storage renters. That proportion is likely to rise as the leading edge of the demographic group enters their primary income-earning years.
• Private businesses are a major source of self-storage demand, and more companies are likely to make use of such facilities. The economy supports business expansion, and self-storage offers a cost-effective option compared with office and retail rents.

Howard Chatoff - Chairman of Board

Senior level professional experienced as CEO of private companies for over 20 years. Howard specializes in start-ups, turnarounds, acquisitions, & business sale. He is a highly analytical decision-maker with strong business development and strategic growth experience, extensive experience in building, turning around, operating, acquiring and selling companies, along with a proven history of increasing productivity. He has worked with Investment Bankers in the U.S. and Canada on Seller Transactions. Howard has acquired over 10 companies throughout the U.S., Canada and Puerto Rico over the last 25 years and have been involved in several mergers in the U.S. and Canada.

Bruno Amadi, BBA, FCPA, FCA. Retired Partner at KPMG Enterprise Group.
Bruno has completed a total number of 45 acquisitions, mergers & divestitures which have a total estimated value of $700,000,000. The amount financed for these deals is a total of over $150,000,000, resulting in the annual revenue generated from these deals as over $1,000,000,000.

The Self Storage industry expert Tom de Jong specializes in the sale, and disposition of Self Storage and other industrial assets throughout the U.S. and has completed transactions totaling in excess of $500 million worth of consideration.

Gyasi Sekyi-Otu is a cereal entrepreneur and the founder of Uplink Storage Co. Gyasi's main role as Founder&Principal is to locate and source deals for Uplink Storage Co. to purchase. As well as secure financing for those investment opportunities.

We intend to build a portfolio of 30-50 facilities within the next 3- 5 years. Then, our exit strategy will be to float the company via IPO and or privately sell to a large industry player. Targets for a private sale will be entities who are looking for a large portfolio of free cash flowing commercial real estate. This includes but are not necessarily limited to: insurance companies, Self Storage REITS, large Self Storage Companies. Pension Funds, Real Estate PE Companies.