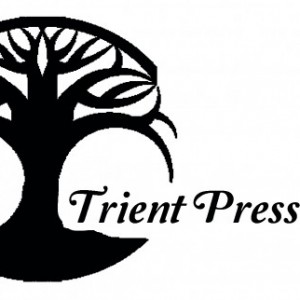 We are a traditional publishing house. I have distribution networks already in place. I have access to contracts that can printed at the factory that we need for our books. Distribution hubs are minutes away from the prospective location. The machines are fully automated cutting down on employees needed on the factory end. We have hiring firms ready for us for our C-suite and other positions. I'm posting this as the investor we were working with is taking too long and most of what I have lined up will be at risk if something is not done soon. We are opening In Reno, NV for the tax breaks and incentives .

Trient Press finds its success within the media segment from smart publishing and through an innovative business model that strategically positions publishing, sales, and marketing in coordinated revenue streams that meet multi-tiered target market needs. Trient Press is bridging the gap between traditional publishing and self-publishing while solving self-publishing software problems that other sites currently offer. Through our website Trient OnDemand Press, authors can find the vendors and services they need, all in one place, making the self-publishing process a breeze. Additionally, Trient Press is providing traditional publishers a way to cast a wide net in their search for the next J.K. Rowlings through data streams collected from authors’ book sales on Trient OnDemand Press, as well as offering trade-book publishers another place to sell their books. Lastly, Trient Press meets the needs of all its readers both online through a book marketplace that sells not just Trient Press publications, but also other publisher’s libraries, as well as offering readers a monthly subscription from our TDP Digital Library.

Industry Overview Publishers During 2018, publishers’ net revenue (not retailer/consumer sales) increased 1.5 percent to $16.19 billion. That year, publishers sold more online — $8.03 billion — than they did in physical stores — $6.90 billion. Also in 2018, publisher sales by format broke down to 45.1 percent print, 24.5 percent e-book, 14.5 percent instructional material, 13.7 percent downloaded audio, and 2.2 percent physical audio or a different format. Authors In 2018 in the U.S., there were 45,200 writers and authors. Only 21 percent of the full-time published authors in 2018 earned all of their income from books. About a half-million self-published authors sold 240 million e-books in 2017. Book pricing The average price of an e-book in 2017 was $2.99 .
In traditional publishing, books written by women are listed at nearly half (45 percent) the price of those written by men. Popular book genres As of 2015, mystery/thriller/crime was the most popular genre, with 47 percent of survey respondents reporting they had read books in that category that year. In 2016, romance fiction made up 23 percent of the fiction market. In 2017, readers purchased almost 21.5 million romance books. Figures from 2017 show that nonfiction self-help books increased the most over the previous year, by 18 percent. Craft and hobby books decreased the most, at 29 percent. Physical Books vs. Digital Books It might seem that most everyone reads e-books on their tablet these days, but surprisingly, sales of digital books are down. Recent statistics from December of 2018 show that e-books brought in $771 million in the US market between January and September 2018. Compare that to $800 million in 2017. For early 2019, e-book sales continued to decline, going down nearly 5% in revenue, having brought in only $244 million in sales in the first three months of the year. This was $10 million less than in the same quarter of 2018. According to the Statshot report published in August of 2019, hard copy book sales for that month made up about 80% of all total book sales. This includes paperback, hardback, and children’s books. For the first half of 2019, individual unit book sales were down from 2018, when a total of about 675 million print books were sold in the US. **Board books are the only exception to this, showing a +19% growth in sales revenue from last year! Self-Published Books In both hard copy and digital formats, self-published books have long been marginalized. Nowadays, with more accessible printing options and digital publishing, they have become a legitimate niche and are here to stay. Self-publishing has become a viable option for writers of all genres who chose to skip the search for a well-known publisher. By 2017, over 1 million books had been self-published in both digital and print formats. Many independent creatives and freelance writers are finding financial success in platforms such as Smashwords, an independent distributor of e-books. According to Smashwords’ 2018 year-end report, on their platform alone, over 507,000 e-books were published representing over 142,000 independent authors. Independent authors are responsible for the marketing and distribution of their books. Without the help of the big publishers, they have to work for every sale. “Print on demand options allow independent sellers to print hard copies of their books as orders come in, eliminating large up-front investment for print copies.” -Melinda Dawson, Senior Editor at Trust My Paper.
10 The development of online platforms such as Smashwords and, of course, Amazon.com has made online marketing and digital distribution more accessible for independent writers. Some older studies estimate that self-published books have as much as a 30% market share of all digital eBook downloads. Audiobooks Sales of audiobooks are skyrocketing in recent years! Audiobooks are the biggest book industry trend for the last 7 years. According to a report published in June of 2019 by the Audio Publishers Association, audiobook sales increased by nearly 25% between 2017 and 2018 and total sales approached nearly $1 billion! Most audiobooks are sold digitally. Over 90% of audiobooks are downloaded from the internet. There were over 44,500 audiobooks produced in 2018, an increase of over 5% from the year before. Amazon Book Sales Statistics According to One Click Retail, Amazon.com sold $4.3 billion more in hard copy books compared to e-books in 2016. As of 2016, it is estimated that self-published books make up around 60% of the eBooks offered on Kindle Unlimited by Amazon.com Audible, a subsidiary of Amazon.com, is the largest audiobook producer and retailer in North America and offers over 100,000 unique titles.

This would be just the factory space, and equipment there would be no marketing for the books, nor would I be able to have the staff needed for book publishing I would dependent 100% on contracts.
However, I am turning away potential contracts because I do not have the factory up or the sams number.

Background: The words "give up" and "can't" are not in Melisa’s vocabulary. In 2011 after a debilitating medical incident, Melisa was told that she would never live a normal life and be able to care for herself. Now, nine years later, she is CEO of her own company, hosts her own radio show and podcast, as well as works out five nights a week. Melisa’s determination and tenaciousness helped her overcome her brush with death and she applies the same persistence and willpower when it comes to her business and her passion for succeeding. Melisa works hard and pushes herself even harder when others rely on her. Everyone plans for the future, but no one plans for when life happens. Melisa took her life’s course-redirection and recognized its potential and new possibilities. Leveraging her connections made years ago, she forged ahead on the path she is on today. 2002-2003 - In college for paralegal
Trient Press 35 From 2003-2011 Restaurant management In 2010 an opportunity presented itself to work with a member of the government where I needed to learn foreign languages, be versed in the theory of constitutional law but not practice it. Understand business and finance, government, and trade. 2011 Life happened. With a debilitating medical emergency my plans stopped. Only to put me on the path of today. 2016 Wrote and published first novel 2017-Took over as Marketing Director for Wild Dreams Publishing - Enrolled in BSU for marketing classes - Started hosting Author Talk on Atlanta Mix 108 -Wrote and published 12 novellas 2018 -Started Dove and Dragon Publishing -Started Ruscsak Films and Publishing -Started Dove and Dragon Radio with now over 200 episodes -Added Cleveland Smooth Jazz to radio shows that I host - Became friends with those who worked with work in both publishing and film. -Wrote and published one novel 2019 -Attended the American Film Market in L.A -Started finding the flaws in small press publishing as my company was set up -Began to figure out what was needed for the company to grow. -Wrote and published two novels -Collaborated on six movie/tv series scripts 2020-Began the research and development into Trient Press and the other companies that were a part of Ruscsak Films and Publishing. -Wrote and published one novel (17 total and counting)

Background: With her military career and Master’s and Bachelor’s degrees, Kristina has the mindset to see this company succeed. She has worked tirelessly beside Melisa for close to three years with only gratitude for payment. She has had four successful exits as an entrepreneur. She is currently working her fifth start-up with her husband while taking the reins as VP and COO of Trient Press, LLC. Everyone plans for the future they have in mind, not for the one they are often dealt by default. Kristina suffered a nearly fatal accident while stationed overseas in 1999 and that incident set her moving forward in a series of events that led her to where she is today. 1993 -1995 University of Oregon, School of Journalism 1995-2000 -United States Navy, Aircraft Electrician- Supervised Night-shift crew of ten men for 2.5 years and logged over 200 flight hours as a Quality Assurance Technician- signing off on repairs and ensuring those repairs were safely made -University of Phoenix Criminal Law courses, Honorably Discharged as E-5 1999 Life-threatening accident while stationed overseas 2000-2002 University of Oregon, School of Journalism, BS in Advertising, Minor in Communication 2001 Helped start up Landscaping company, Terra Firma Landscape Management, INC- current owner & CFO, on the Board of Directors 2002-2003 Pacific University, MAT Education - One of Oregon’s first ten to receive TAG Management Specialist, certification - Offered professor position with Pacific University after graduation- declined the position 2003-2005 Created advertising/marketing materials and commercials for AT&T 2005-2006 Taught third grade at Three Rivers Public School 2007-2016 -Began three start-ups locally, all have transferred ownership and are profitable, viable businesses. -Grew family by 2 kiddos 2015 Began writing first novel 2016 Volunteered seats on city and school district improvement committees -President PTA
Trient Press 2017-Met Melisa Ruscsak while she worked at Wild Dreams Publishing -President PTA 2018-Published first novel, and subsequent three -Began to recognize holes in the indie publisher process and where improvements were needed -Began home schooling two kids 2019-Began talks with Melisa about film ideas and began working for Ruscsak Film & Publishing -Began the process of a new-startup company with partners and investors in the service industry locally (fifth start-up) -Published three more novels with Dove & Dragon -Built professional network in both the film and publishing industries -Collaborated on six movie/tv series scripts -Home schools two kids 2020 -First quarter began the research and development into Trient Press and the other companies that were a part of Ruscsak Films and Publishing. -Published one novel (total of eight and counting) -Collaborated on five movie/tv scripts -Expanded professional network -Trient Press, LLC became legal entity (sixth start-up company) -Hired by Trient Press as Executive VP and Chief Operations Officer -Home schools two kids (6th and 8th grades)

For a loan : Payback with interest .
However, with stock options that are now an option, We would buy back shares after 5 years, at market value . Shares are currently held at $5 per share.

Looking for someone who would be commission based only. Equity paid from funds received. percent you will get is negotiable