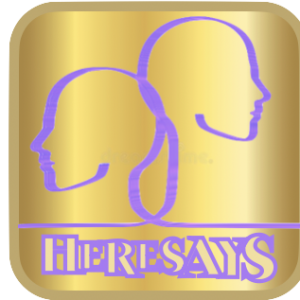 A new type of Social Network that is dedicated to Freedom of Speech, leaving users totally anonymous and and fully protected from pressure groups, individuals and repressive governments.

A full description and business plan will be presented to interested Investors upon signing a NDA.

World wide Internet audience of people who want to vent their hearts without being afraid of being sued or prosecuted by their governments...

The Social Network software is now being programmed in India... I will use the funds for further development, Amazon server rent, office and operational cost, after going live.
I already invested 100 000 US$ out of my own resources.

Basically the same as described for the maximum target but it will be more stressful and less at ease than when max tar get is achieved.

Maarten Joost Lamers
Born: March 21, 1947
Education: Secondary School in the Netherlands, Musical studies in Palma de Mallorca, Academy for small arts in Amsterdam, private studies in computer science and programming in the Netherlands
Languages: Dutch, English, Spanish, French, German, Papiamento.
Activities:
1964: Found: Hades Toneel Manifestaties, a a contemporary theatre company that played their own theatre on the Thorbeckeplein in Amsterdam.
Wrote: Sater, a Satire on Sartre, which was performed in his own vest pocket theater and now is kept and exposed in the Dutch National Theatre Museum.
1965/1988: Produced and Directed various Theater Productions, among which: Oh Calcutta and Erasmuze, aside of playing numerous roles within multiple Theatre Companies in the Netherlands.
1988/89: Founded Antillephone NV, the first International Audiotex Company, operating in cooperation with the local Government of Curacao in the Netherlands Antilles.
Antillephone NV generated over 100 Million US$ in profit in between 1990 and 2000.
Sold his majority of shares in 1994/95 for 35 Million US$ to the remaining shareholders.
1992/93: Found Monacall SAM, an Audiotex and Internet company in the Principality of Monaco.
Closed down the company in 2000/01.
1995: Acquired Chateau de Montbrun, a medieval and National Monument (including its various
outbuildings and 186 ha of surrounding territory) in the Haute Vienne, France…
2001/present: Worked on the restoration of his Castle and its domain.
and
Founded HereSays Limited, an Internet Startup for alternative Social Networks.

Partner in INENS Ltd., an India based software development Company

A well-known business attorney, registered with the bar in the United States, the Netherlands and the United Kingdom and with associates all over the world. Previously a partner at Allen & Overy.