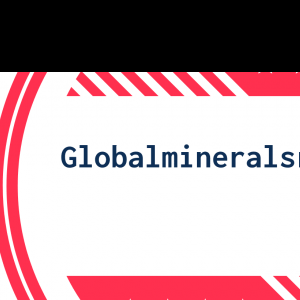 lobal Mineral Resources. is committed to commercializing currently inactive gold and silver, Copper, Nickel, Minerals and mineral claims that may have been under exploited in the past, due to historical mining methods and obsolete technology. GMR Global Mineral Resources. is a private late-stage gold and silver mining and exploration company with 100% whole ownership (without royalty obligations) of 11 mineral mining claims, each with reported past-producing high-grade gold mines including the Minerals Sand, Nickel ". The company is conducting exploration and drilling programs on its properties to convert historical estimates into mineral resources to determine potential economic viability.
GMR's mineral claims are located in African countries and branch office in Australia we focus on Mineral’s lease and Oil and Gas in 52 African countries regions and we have Established our offices and have countries representatives These mineral claims were developed prior to the implementation of modern exploration and mining techniques, leaving significant opportunities for modern mining technology to recover potential mineral resources left behind from past mining and exploration activity conducted on GMR's mineral claims. Founder, President & CEO Director & Chairman of the Board of Directors

Tanzania, the multi-billion dollar Kabanga project hosts an in situ mineral resource of 58 million tonnes at 2.62% Ni, containing more than 1.52 million tonnes (3.30 billion pounds) of nickel, a key ingredient for the making of electric vehicles. Also, Tanzania has more Private Lease of Gold, Copper, and Ulimium, with Higher Grade.
for anyone willing to invest in Tanzania should contact us
Sierra Leone: is well known for its vast endowment in minerals which include diamonds, rutile, bauxite, gold, iron ore, limonite, platinum, chromite, coltan, tantalite, columbite and zircon, as well as promising petroleum potential