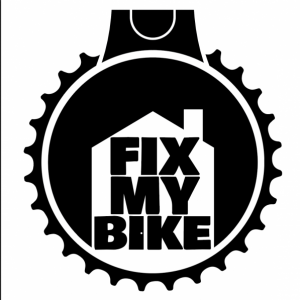 You can order everything else from home, why not bike repair? FixMyBike connects customers with local bicycle mechanics who will drive to their home at the time of their choosing. Cheaper, faster, more convenient bike repairs. What’s not to love?

FixMyBike offers bicycle repair delivered directly to customers. Independent bicycle mechanics, bicycle shops, and mobile bicycle repair businesses may all sign up for an account to offer their services on our website or mobile application. When a customer creates a repair, these mechanics are notified and send the customer offers. Once a booking is paid for, these bicycle repair experts will drive out to the customer's home and complete the repair. We charge the customer a 5% service fee, and repairs often cost between $50 - $200. We do not charge businesses or mechanics any fees, which has led to a high rate of sign up for those contacted.

The bicycle dealership and repair industry is an estimated $4.2 billion market, which FixMyBike seeks to disrupt. There are an estimated 7,000 bicycle repair shops in the United States offering their services to 47.5 million regular cyclists and 174 million bicycle owners. Globally, these numbers are much larger. Without advertising, FixMyBike has already had 51 vetted mechanics and businesses sign up to offer their services over our 2 months of operation. If these mechanics completed three repairs per day, this would already generate $210,000 in revenue for our website and earn these mechanics over $4 million. With money from investors to advertise, we would quickly gain hundreds of mechanics, and over time thousands.

FixMyBike currently operates in Houston, Texas. Although our advertising has been minimal, we have earned customers through word-of-mouth and our exceptional customer reviews. We are seeking investors to attain our goals of expanding nationwide, and then internationally. To attain these goals we require funds to reach customers through cycling and triathlon podcasts, news websites, expansion of our bicycle repair blog and youtube channel, Facebook, and other methods. Customers began creating accounts and posting repairs on the first day of our website's launch, and our first month saw 3,000 visitors. There is a large amount of demand for our service and nationwide visibility will be key to the success of the business moving forward.

Kyle is a third-year medical student at the Mayo Clinic. In addition to his medical studies, he teaches classes on microbiology and competes in triathlons and mountain bike races. Kyle worked as a mechanic, group-ride leader, and salesperson at a bicycle repair shop during his time in college. He raced for the University of Alabama Triathlon team for four years, where he competed in ironman distance races and qualified for the world championship in offroad triathlon. Kyle has a deep love for cycling and his desire for a more convenient and affordable option for bicycle repair led to the founding of our business.

Austin is a philosophy graduate turned software engineer with an entrepreneurial spirit. His background as a professional photographer exposed him to business and marketing strategies with an emphasis on customer satisfaction. Austin’s experience in various languages and frameworks such as Java, Python/Django, React, and Ruby on Rails allowed him to translate his co-founder Kyle Robinson’s vision into FixMyBike. When he is not programming, Austin enjoys long-distance running, chess, and photography.

Alex is a full-stack web developer with experience in several areas of modern application development. A graduate of the University of Alabama, he learned the basics of programming while conducting physics research, and moved on to work as a technical lead for the popular Python framework Django, shortly after graduating. Currently, Alex works as a JavaScript programmer, focusing on both user-experience and cloud-based architecture. In his spare time, he works as a Salesforce consultant building various platform integrations and is also a published author of both fiction and non-fiction.