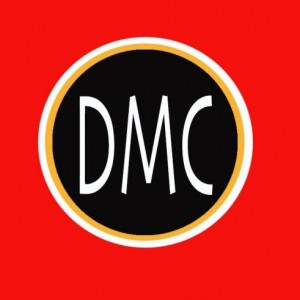 My name is Marshall Grier and I am the owner of DMC Distribution who
invented the only perforated aluminium foil in the WORLD. We have
sold through in Menards' 320 stores 3x. We have sold through in
Camping World, Overton Sports and Gander Outdoor. we sold 1196
boxes in 10 days online with AmeriMark. We just signed with Ecommerce Trade. I need help because I have been chosen to
participate in a Shark Tank competitor called AMERICAS NEXT BIG DEAL
on NBC television which will begin in October of this year. I have to have $30,000 minimum worth of inventory for the
show as 8 million viewers will be able to make deals live on TV and home viewers will be ordering the product live and
the product with the most sales move to the next round. The ability to accept a major p.o. will be the goal as we have
been #1 on Amazon for years. Amazon's Choice and Blue Ribbon.

The opportunity in total is to appear on NBC and sign a very lucrative multi-million dollar Purchase Order with a major retailer. The next big thin for us is to create a charcoal made from coconut shells with the #1 manufacturer in the world out of Sri Lanka which burns longer, hotter and cleaner than wood. Its Green, Organic and Eco-Friendly but the kicker is its shaped like the sport it represents. The Homgate and Tailgater will go crazy. We also have a sauce made with organic fresh peppers and fruit. We also have the ability to make the heaviest aluminum foil pans (140 microns) on the market (colors) as well as an indoor smoke kit never seen or done before.

The grilling/bbq market is a huge market in itself with over 80% of Americans owning a grill. The sports tailgating industry is growing like wild fire with evidence in player salaries and advertisement. We want to hit the sports industry with a Homegate mind set which has taken over Tailgating even before COVID-19. More Americans will be spending time at home watching the game instead of doing the parking lot pre-game ritual.

We have an opportunity to appear on a brand new television show on NBC called AMERICAS NEXT BIG DEAL. One of the best parts is the winner is chosen by the most sales during the Shark Tank spin off which includes competition between Entrepreneurs against one another. I have to have $30,000 worth of inventory to sell during the Nationally televised show with about 8 million viewers. We will also have an opportunity for Purchase orders directly after the show (Win or Lose).

I am Marshall Grier ,the inventor and creator of the ONLY perforated aluminum foil in the WORLD. I also have another
secret called Sports Tailgating Charcoal which is a Killer in the Tailgating/Homegating industry. I am a former school
teacher and 3 times North Jersey Coach of the Year who moved to Las Vegas to create a better life for my son. I
graduated from Rider University in 1987 with a Communications degree. I obtain my teachers certification by passing
the teachers exam without curriculum training which was #1. I am a top 100 streetball basketball player who is an
Entreprenuer who is building his plane after he jumped off the Cliff. My foil is only a piece of my genius. I am the father
of a Harlem Globetrotter and the Husband of 29 years to a Former 11 year NBA cheerleader who is currently fighting
Metastatic Cancer while my silent partner has been stricken with Anyotrophic Lateral Schlerosis (Lou Gehrigs disease).
I have over came it all and I am asking for your help to get me the deal of a lifetime while I try to smile.

We are looking for someone who understands Sports and who knows or has a slight notion of the impact sports has on the country. The should know that Lowes partnered with the NFL regarding the future Homegate push. The should have an idea about the BBQ industry and the impact we are talking when Kingsford has a 91% market share which is over $700M and we want to get 5% of that and leave a legacy.